How Can Futsal Develop a Footballer?!

Home > News > How Can Futsal Develop a Footballer?!

“Many things combined make a good footballer. I feel that the ability and speed that which a player can make and execute good decisions is the ultimate difference between most”.

Futsal is identified as a fantastic development tool for aspiring footballers and current superstars such as Messi, Ronaldo, Neymar, Kevin De Bruyne and Mo Salah have commented on how valuable futsal was their personal development. They followed the likes of Pele, Ronaldinho, Ronaldo, Iniesta and Xavi before them by developing their technical and tactical ability on a futsal court.

The aforementioned players speak about the benefits of futsal but what makes futsal different to football?

Most elite football teams place a lot on emphasis on small sided games at training and a lot of the session plans are similar to what we do in futsal. The big differences are the surface, the ball and the rules.

People that haven’t played futsal will not understand the difference in speed from a football moving on astro or grass pitch compared to a futsal ball moving on a hardcourt surface. The difference is massive and the faster the ball moves the quicker the player has to think and adjust their body and feet. Futsal challenges you and more mistakes will be made but evidence has shown that players from a futsal background can think up to 1 second quicker than footballers.

There’s a lot of noise about a futsal ball being heavier and sore to kick, this is nonsense. A futsal ball is normally a size smaller than a football at youth age groups and in the adult game. It actually weighs less than a football and is made exactly the same as a football on the exterior, the only difference is what is inside the bladder. The bladder can be filled with wool or foam. This is what creates 30% less bounce and keeps the ball on the ground easier.

A big part of futsal is the rules and there’s nothing to stop football teams using them during football training sessions to help challenge their players. Introducing 4 seconds at kick-ins, restricting the amount of fouls and restricting the use of the goalkeeper in your own half will automatically provide different challenges for the players involved.

There are a lot of areas of futsal that can easily be transferred onto a a football pitch, in particular the structure (5 a side) and the rules but what can’t be replicated is the surface and speed of the game without actually playing futsal.

Speed is a massive part of football now and we have previously done a blog on the 3 elements of speed:

The importance of SPEED in the modern game – Futsal Escocia

The higher the level you go, the quicker the game becomes. The faster the game is the more it will challenge players physical, technical and mental abilities. This is where futsal can most definitely help develop better players and teams.

Some football players do not like futsal because it takes them out their comfort zone and some are unable to adapt to the speed and intensity of the game. If you always train and play within your comfort zone you will not develop as much as pushing yourself every training session and game. Unless you train with a purpose and intensity, you will struggle to play that way.

Play futsal…it takes you outside your comfort zone!!!

Over the last 7 years we have had a lot of success developing players with over 90 going on to play with professional clubs and we have seen great improvement in most of our players. Once players and parents buy into futsal you start to see the results.

You can register for Futsal Escocia training sessions here:

“In futsal, you see whether a player is really talented. You notice the small details in quality, class and tactical understanding” 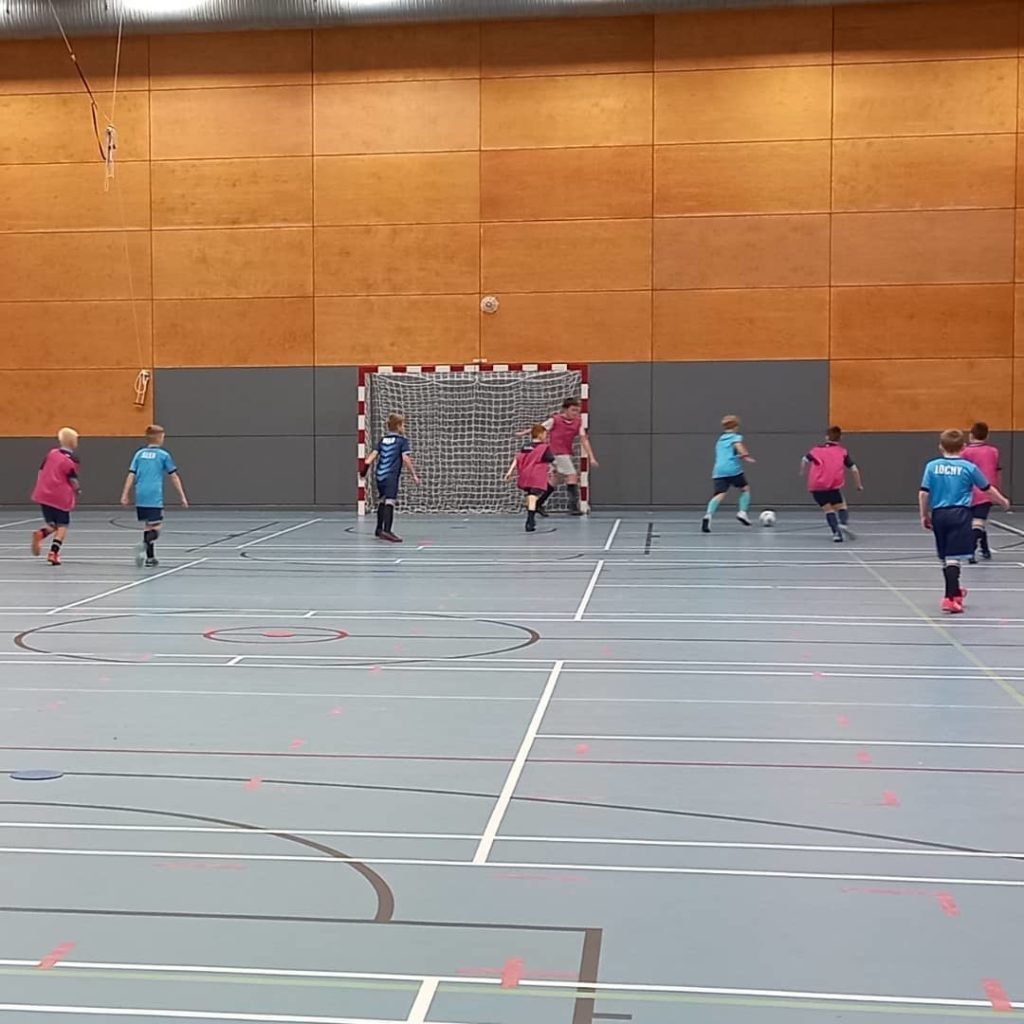